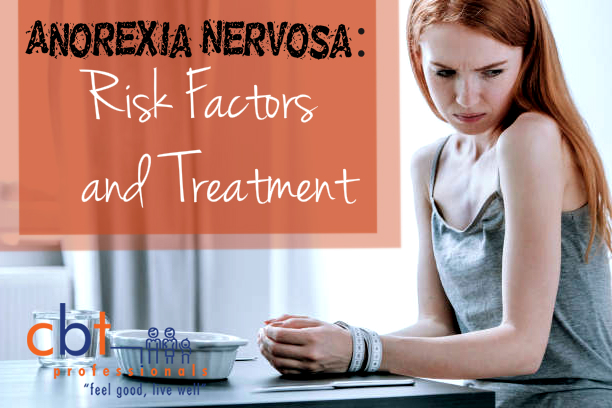 Anorexia Nervosa is a serious psychological disorder that is characterised by a person’s core desire to be thinner and lose weight, and with an intense obsessional fear of gaining weight or being fat – despite being underweight. The disorder may begin with a seemingly harmless desire to be a bit thinner or more attractive. This simple desire can become problematic when the person starts to base their self-esteem upon losing weight and being ever-thinner, and restricts dietary intake with an increasing desire for control over the intake of foods.  Once anorexia nervosa is in full-swing, the person experiences extreme emaciation, and a refusal to maintain a normal body weight. People with anorexia starve themselves, despite being hungry. Among a range of medical and psychological side-effects of anorexia, the most serious include organ failure and even death.

A person’s BMI is often below 17 kg/m². You can check your BMI on the following link: https://www.calculator.net/anorexic-bmi-calculator.html. People with Anorexia Nervosa might experience episodes of binge-eating and purging, or it may be focussed solely on restrictive behaviours such as restrictive diet and fasting, and may include excessive exercise. Other signs of anorexia include: disturbance of menstruation in women, loss of libido in men, low energy and sleep difficulties, feeling feint or dizzy, pale skin or sunken eyes, intestinal difficulties, and fine facial hair on the body or face in women.

It is estimated that approximately 4 percent of the Australian population suffer from an eating disorder of any kind. While Anorexia Nervosa makes up only about 3 percent of the total number of eating disorder prevalence rates in Australia, this still equated to over 25 thousand Australians in 2012. Unfortunately, the risk of death for women with anorexia is 6-12 times higher than the general population, and the highest of all psychological disorders. The sex ratio of eating disorders is about 10 females to one male (10:1) (APA, 2013). Most people with anorexia have a comorbid psychological disorder such as depression or anxiety disorders (NEDC, 2012). The prevalence rate of anorexia is thought to be increasing, across the past decades.

Similarities and Differences Between Anorexia and Bulimia

Anorexia and bulimia share similarities, including; being unduly influenced by shape and weight of their body, both anorexia and bulimia can have aspects of binge eating and purging (i.e., not just bulimia), both are more common in women, with both often beginning during adolescence and early adulthood. However, where a normal weight is usually still maintained in bulimia, those experiencing anorexia will be below the minimum normal weight. Individuals with bulimia are often aware of their problem, yet are secretive and ashamed of the behaviours, whereas, those with anorexia often have a denial of the problem and take pride in their extreme diet. Those with bulimia are often distressed by feeling a lack of control, whereas those with anorexia are comforted by rigid self-control. It is very important to recognise that eating disorders can present in a range of different ways, and that many people experience eating disorders that are not neatly classified into anorexia nervosa or bulimia nervosa. There is help available for all forms of eating disorders.

Anorexia is essentially a cognitive disorder, with side effects of severe weight loss and attempts to maintain a low weight. While most people evaluate themselves based upon aspects of work performance, the quality of relationships, and life engagement, those with eating disorders attempt to evaluate their self-worth in terms of body shape and weight, almost exclusively. Those with anorexia are often focussed on perfectionism regarding their weight and image. Self-talk is often dysfunctional and biased (Scott, Hanstock, & Thornton, 2014). There are often interpersonal difficulties for people with anorexia. People with anorexia often have poor recognition and response to bodily cues regarding hunger and emotional responses. Further to this, those with anorexia often have a lower tolerance of difficult emotions such as stress, anxiety, and depression.

People with anorexia often engage in different dysfunctional strategies aimed at losing weight such as:

The Cycle of Anorexia

Anorexia often begins in early to mid adolescence with dietary intake aimed at losing weight. Progressively, the person becomes more extreme in their attempts to lose weight, and more inflexible and controlled around their behaviours such as fasting, and exercise. Due to strong hunger drives because of starvation, the person may develop binge-eating difficulties with purging in an attempt to counteract the binge (this may lead to Bulimia for some people). With anorexia, the person starts to see weight loss as a reward. This reward increases a person’s drive to further control their eating and weight. They continue with ongoing judgement of their physique through reflections in the mirror and even shop windows, and the numbers on the scales, all with a distorted evaluation of their true body weight. The focus on weight loss becomes more obsessive, with self-reward for decreases in weight, and further control and restriction when there is an increase in weight or change in perceived body shape. The feeling of starvation becomes a self-rewarding sensation, as it becomes associated with weight loss and control. The early goal of losing a few kilograms and then stabilising is lost to strongly conditioned thought processes and compulsive habits aimed at reductions in weight, and thinness of the body – sometimes at any cost.

Health Consequences of Anorexia Nervosa Include:

Psychological treatment for Anorexia Nervosa is likely to be either; CBT-E (Murphy, Straebler, Cooper, & Fairburn, 2010) or CBT-AN, which are structured treatment programs for eating disorders, or a CBT based program which utilises the same components. Treatment may also utilise aspects of IPT (Interpersonal Psychotherapy) and family therapy, depending on the needs of the client.

Treatment will start with the assessment, and then involve a sharing of an understanding of why the person is experiencing anorexia, and how it is being maintained. This process will allow the client to be able to identify the processes underlying the anorexia such as; maladaptive and automatic thoughts (e.g., “I must be perfect and in control”, “My body is never good enough” etc.), emotions and drives (e.g., stress, anxiety, depression, anger), and behaviours/strategies (e.g., fasting, excessive exercise etc.) (Fairburn, Cooper, & Shafran, 2003). This is sometimes done with a monitoring record to increase the client’s awareness of their thoughts, emotions and behaviours.

Treatment may also include weigh-ins and meal-monitoring (these are often established early in the treatment process within CBT-E). Treatment will then focus on integrating strategies to manage emotions, urges, and eating disorder actions and thoughts (Fairburn, 2008). The psychologist and the client will continue to work together to further explore and adjust the clients behaviours, and return to a safe weight. A relapse plan may be established at the end of a treatment program; however, it is common that a person will require ongoing support and treatment. Treatment may also involve a dietician, a medical physician, or other health practitioners.

This blog was written by clinical psychologist, Adrian Ashton, working with eating disorders at our Nerang clinic. CBT Professionals offers a multi-disciplinary outpatient treatment for eating disorders. If you suspect you might have an eating disorder, please download our Eating Disorders Service Flyer and take it with your GP to facilitate the necessary referrals to see our psychologists and dietitians working together to support recovery from eating disorders.

Disclaimer: Content on this website is provided for education and information purposes only and is not intended to replace advise from your doctor or registered health professional. Readers are urged to consult their registered practitioner for diagnosis and treatment for their medical concerns.