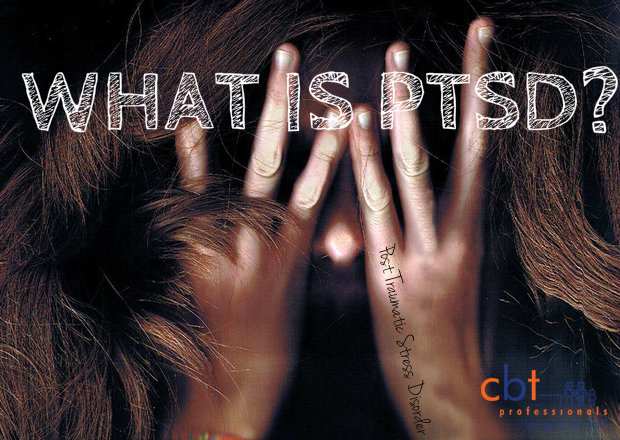 Mind races with past nightmares

Noises put me on edge

I look around but there’s nothing there

But I see hallucinations everywhere”

– Poem about PTSD by Joelle

PTSD (Post-Traumatic Stress Disorder) refers to a particular set of symptoms developed by a person in response to exposure to a trauma where the person experienced or witnessed a life-threatening or fatal (resulting in death) event, such as crime, combat, assault, an accident or natural/man-made disaster.

Symptoms of PTSD include:

1. Re-living the traumatic event in the form of persistent thoughts, images/’flash-backs’ and nightmares, which are often accompanied by strong emotional and physical responses, such as intense heart palpitations, sweating and feelings of panic/fear.
2. Being extremely alert to any signs of danger and being easily startled.
3. Feeling on-edge, scared, jittery, numb, angry or irritable.
4. Avoiding reminders of the traumatic event, such as certain people, places, situations, activities, thoughts or feelings.

Other mental health conditions such as depression and anxiety can also develop alongside PTSD. Drug and alcohol abuse is a common response to PTSD symptoms.

Impact of trauma and PTSD

The experience of trauma can, and usually does, deeply change a person’s beliefs about themselves, others and the world. Persistent, negative beliefs about trust and safety can develop, that can lead to feelings of fear, anger, guilt or detachment, which can in turn lead to aggressive, reckless, detached, or safety-seeking behaviours.

PTSD can have a negative impact on a person’s quality of life; causing emotional distress, affecting a person’s relationships with others and their ability to function in day-to-day life. The impact of PTSD also extends to society, through increased rates of hospitalisation, suicide attempts, and drug and alcohol abuse.

Who can get PTSD?

Anyone can develop PTSD, however, there are some factors that can increase a person’s risk of developing PTSD after experiencing a traumatic event. These factors include: experiencing a traumatic event earlier in life, having other mental health problems (such as depression and anxiety), having blood relatives with mental health problems and lacking a good support system.

When to seek help

There are medical and psychological treatments available to help a person experiencing PTSD. For tips on how to cope with anxiety, we have prepared a free eBook for you that you can download. Included are free breathing and relaxation exercises that greatly assist managing the hyped up symptoms of PTSD.